Tag Archives: rehabs for my daughter 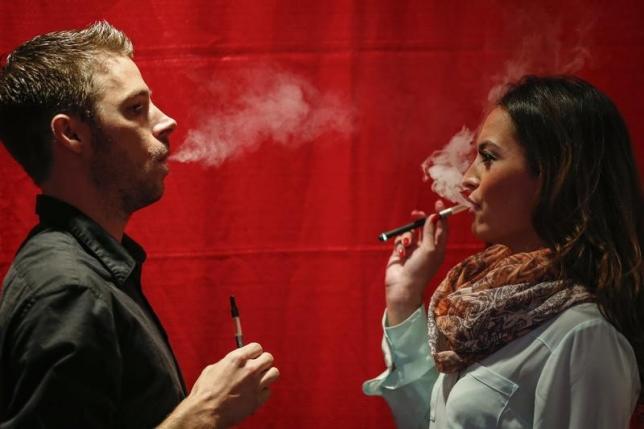 Sep 12,2015 Comments Off on High schoolers use e-cigarettes to vape marijuana: U.S. study By newlifesfadmin@gmail.com

(Reuters Health) – Nearly one in five high school students who said they used electronic cigarettes to vaporize nicotine also used them to vaporize pot, according to a survey of nearly 4,000 Connecticut teens.

The study, published on Monday in the journal Pediatrics, is the first evidence that teens are using electronic cigarettes to vaporize cannabis, the researchers said.

The paper by Meghan Morean of Oberlin College in Ohio and colleagues raises concerns that the rising popularity of e-cigarettes may encourage teens to use the devices to vaporize cannabis, potentially exposing them to higher concentrations of tetrahydrocannabinol or THC, the main psychoactive ingredient in marijuana.

“Forms of cannabis that can be vaporized, like hash oil, can be many times stronger than marijuana that is smoked,” Morean said in an email.

A study released last month suggested U.S. teens who try electronic cigarettes may be more than twice as likely to move on to smoking conventional cigarettes than those who have never tried the devices. [ID:nL1N10S1XY]

According to the U.S. Centers for Disease Control and Prevention, about 2 million middle- and high-school students tried e-cigarettes in 2014, triple the number of teen users in 2013.

Morean and colleagues found that of students who had used e-cigarettes, 18 percent had used them to vaporize cannabis in some form, including hash oil and wax infused with tetrahydrocannabinol (THC), the main psychoactive cannabis ingredient.

Male and younger students were more likely to use e-cigarettes to vaporize cannabis than female and older students, but socioeconomic status was not a factor. Use differed among the five schools involved, possibly because of different policies.

While the findings were limited to Connecticut schools and may not apply to states with varying cannabis laws, the pattern is worrisome, said Dustin Lee, a postdoctoral fellow at the Geisel School of Medicine in Dartmouth College, New Hampshire, by email. Lee was not involved in the study.

“We know very little about the acute and long-term effects of high-potency THC on neurobiology and behavior,” Lee said in an email. “This is especially concerning for teens, who are in a critical time for development of brain structures that are integral in executive functioning.” 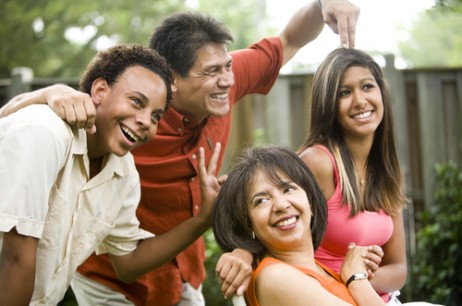 Sep 6,2015 Comments Off on Addiction: A Family Disease By newlifesfadmin@gmail.com

Why is addiction sometimes called “a family disease”?

Addiction is sometimes called a “family disease” however, many people will argue this by saying “I am not the one with the substance abuse problem.” Addiction affects those closest to the addict, most of the times, the family and friends. Family functions, happiness and love are replaced by an obsession to stop the destructive behavior of the addict. Often times, resentment is fueled by an “enabler” who repeatedly attempts to fix the problem themselves, using the same consequences that are effective with non-addicted children. After trying many time to help the teen overcome their addiction, and years spent to stop the addict from taking drugs, the failed cycle remains in place and family dynamics change. Living with a teen who is an addict can cause severe trauma to everyone in the home. Stress brought on by worrying about the person with the addiction to drugs or alcohol can often show itself through physical ailments, headaches, colds, chest pains, high blood pressure, behavioral changes and more. Because as parents, we are so busy worrying about others, that we stop taking take care of ourselves. Siblings often feel excluded and unimportant, which can cause the brother or sister to act out creating more issues and making parents feel the need to choose between the child and addiction. Hardships and stress become normal in a family who lives with someone addicted to drugs or alcohol. The family begins to argue more and resentment occurs. The whole family feels anger, sadness, depression, fear, loneliness, jealousy, and failure. The family has to start hiding valuables, purses, wallets and lock doors at night. Friendships are lost, relationships are damaged, health is poor and the home is a war zone. It can make everyone feel helpless.

Parents and siblings are manipulated by the teenage addict, who will say and do anything to continue their drug usage. As parents, we want to believe the best of our addicted teen, and we want to believe them when they say they will not do it anymore. What we fail to understand is the strength of the disease of addiction. When we choose to believe them, only to be let down once again, as parents, we take it personally. We ask ourselves “how could my son or daughter lie to me again?” Education on addiction is very important to our own recovery, as well as theirs. Once we that our attempts to stop our child from being addicted to drugs or alcohol are in vain, we can then begin to utilize different strategies in dealing with our addicted children. We can allow our teenager to feel the consequences and results of their behavior. Once we have found a suitable rehabilitation program, best suited for teenagers, the healing can begin.

You can begin to take care of yourself by reaching out to other parents with similar experiences. As you build friendships and begin to feel supported, it becomes easier to make difficult decisions and we learn new ways to cope with the reality of addiction.

If your son or daughter, or a loved one is addicted to drugs or alcohol, we can help you find a teen centered drug addiction facility. Give us a call for more information today.

Keep in Touch with us through Social Media

DISCLAIMER Free My Addiction is a 24 hour free Drug Rehabilitation, Addiction Treatment Centers help line and referral service for teens. Free My Addiction is a free Service to the public to help with the process of getting someone into a Drug Rehab Center that will work. All Information provided is in no way meant to be a substitute for treatment or medical advice. The information provided by FreeMyAddiction.com should not be used for self-diagnosis of a condition and is not a substitute for professional care. Free My Addiction and it's contributors shall have no liability or obligation to any person or entity that states to have had an adverse consequence or damage directly or indirectly as a consequence of the material and information provided by this website. All Rights Reserved 1-800-819-9973 Copyright @ 2018